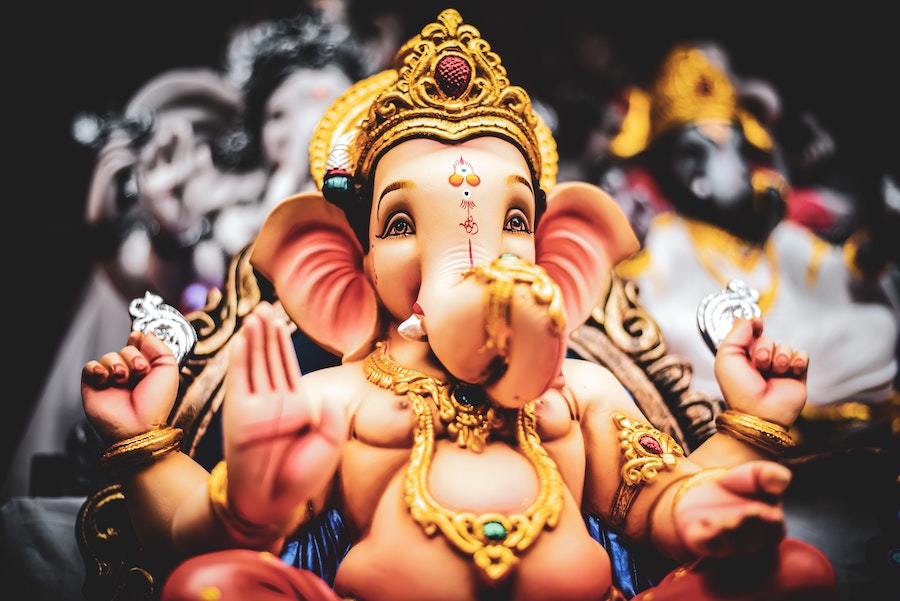 What is Ganesh Chaturthi?

Ganesh Chaturthi is a 10-day Hindu festival marking the birth of the elephant-headed deity Ganesha, the god of prosperity and wisdom. The celebration begins on the fourth day of the month of Bhadrapada, the sixth month of the Hindu calendar. This date falls between August & September of the Western/Gregorian calendar. This year, the festival begins on September 10.

One of the most popular deities for worship, the blessings of Ganesh are often invoked at religious ceremonies. In Hinduism, he can remove all obstacles to success, and is known as the giver of fortune and the one who can help to avoid natural calamities.

How is Ganesh Chaturthi Celebrated?

Ganesh Chaturthi is celebrated both at home and in public. Families setup pandals in their homes where small clay figures of Ganesha are placed. At the pandals, daily rituals are performed including the chanting of Vedic hymns, and the distribution of prasad (offerings) such as modaka, a sweet which is considered to be the favorite of Ganesha. The clay figures of Ganesha are then immersed into bodies of water such as rivers, lakes and seas for Ganesha’s return to Mount Kailash. Depending on the family, this end to the celebration can happen three, five, seven or 10 days after the beginning of Ganesh Chaturthi.

Want to introduce your children to the Hindu festival, Ganesh Chaturthi? Try one of these children’s picture books!

Like many of us, Ganesha has a sweet tooth. So much so that he insists on biting into a super Jumbo Jawbreaker laddoo, breaking his tusk! Discover what happens and explore the rich and vibrant illustrations.

How Ganesh Broke His Tusk by Avani M. Sarkar

This is an imaginative story written in a “whodunit” fashion. The board book is illustrated with vibrant colors and rhymes. Ideal for kids ages 3 and up, it is a fun read for both children and parents!

My Little Book of Ganesha by Penguin India

Clever Ganesha’s got something on his mind, but what that is you’ll have to read on to find out! Filled with charming illustrations, this board book dives into the world of Hindu religion, introducing children to some of the most well known Hindu deities.

Want to Learn About Other Holidays & Celebrations?

Discover other celebrations and festivals such as new year festivals, how others honor their family and loved ones, celebrations of freedom, and more with the Match the Pair: Worldwide Holidays & Celebrations. This memory matching game has two images of each holiday or celebration so that your child may work on finding the matching image. While the name of the festival is written on each card, a small booklet insert is included with a short summary of the celebrations and a suggested book to read together. Buy Now! 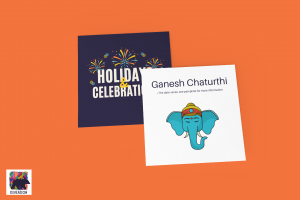